You wake up at night, gasping.
Your body feels frozen with fear, and yet you’re dripping with sweat. The threat you barely escaped felt so real. It takes a moment to realize that it was just a dream.
We’ve all been there. But have you ever wondered what is the role of nightmares? Do they have any adaptive value, or is it just the dreaming mechanism gone awry?

All our brain functions evolved for a reason. Following this logic, having nightmares should either come from a useful trait that increases our chances of survival… or from some adaptive function that has backfired.
Let’s have a closer look at the role of fearful emotions. It is certainly not pleasant to be anxious, but it could be useful. From an evolutionary perspective, anxiety is a functional response to potentially threatening situations. It is beneficial for survival to have a low threshold for detecting threats, as false positives are less costly than false negatives. After all, detecting threats when they are absent is safer than failing to recognize a real danger.

This is also the reason why we experience fear and anxiety in our dreams. Dreaming could have evolved to increase survival by preparing us for future scenarios – as claims Antii Revonsuo, whose theory of dreaming we’ve explored in a previous article. According to his research, the dreaming brain may be generating scenarios of facing danger or dealing with social situations as a form of rehearsal.

In line with this reasoning, according to some studies, people who experience fear in their dreams may be able to better regulate their automatic reactions to threat and are less likely to overreact. Because experiencing danger in dreams activates structures that process fear, it may in turn lead to better control over them.

To protect us from making dangerous mistakes in the future, memories linked with threats are automatically ingrained deep in our memory networks. Fear saves us from danger. But at the same time, it makes our lives miserable. Just think what would happen if you remembered every situation that made you afraid. Here’s where the mechanism of fear extinction comes in handy.

To explain how bad dreams can sometimes be good, we will use an example from psychotherapy.

A common psychotherapeutic way of treating phobias is desensitization therapy. During sessions, a therapist helps the patient to get in contact with the feared stimulus. The exposition always happens only a bit at a time and in a controlled situation. Imagine that you are treated for arachnophobia: Your therapist shows you pictures of spiders, and then one day brings along a live spider in a glass jar. Session after session, you are able to progressively get closer to the jar. Because you are given a chance to experience spiders in a situation that is under your control, the fear gradually dissipates. This is a process called fear extinction learning.

Some researchers speculate that nightmares may serve just as a similar kind of desensitization therapy. Indeed, scientific evidence shows that those people who experience fear in their dreams may be able to better control aversive and defensive reactions in everyday situations.

When the dream machine breaks down

Having bad dreams may be a natural mechanism for regulating emotions. The problem starts when nightmares become too fearful too often. This happens when the adaptive mechanisms of threat detection and fear of extinction backfire.

Some individuals have a dis-regulated threat detection system. Their brains are more likely to interpret everyday situations as potentially threatening. At the same time, their nervous systems fail to come back to a normal state after stressful events, which results in persisting anxiety even when the perceived threat is long gone. Because these individuals’ brains actively search for danger in waking life, the same trait is carried over to night-time, making their dreams revolve around motives of fear and threat.

Similarly, the fear extinction mechanism can fail in “desensitizing” the individual to the fearful stimulus. The scenarios of danger are then reactivated in dreams, but instead of causing better resilience and emotional balance in waking life, they result in increased anxiety.

Putting it shortly, nightmares could be seen as either an intensified expression of an emotionally adaptive function or the evidence of its breakdown. 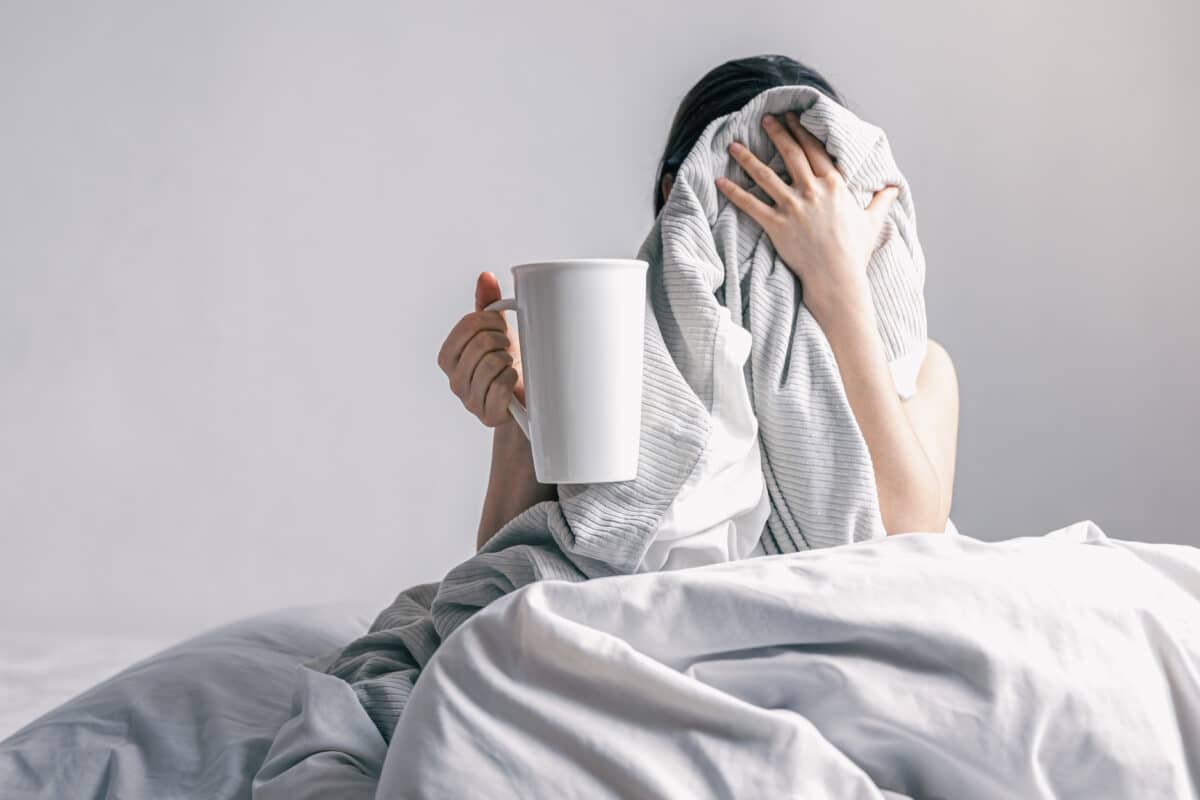 Among the few psychotherapeutic techniques aimed to help those who suffer from nightmares, a highly promising one uses lucid dreaming. Basically, a lucid dream is one in which you are aware that you are dreaming while dreaming. In a few research studies, training patients in gaining lucidity helped them deal with nightmares.

How does it work? The most intuitive answer pertains to the very character of a lucid dream, which makes the dreamer an active agent in his visions. Nightmares are terrifying because you believe them to be true. But once you acknowledge that it’s just a bad dream, the dread disappears. If you have more skill in lucid dreaming, you may even be able to flip the nightmare narrative, turning a bad dream into a pleasant scenario.

Apart from the awareness and the ability to shape the narrative of your visions, there is one other explanation for why lucid dreaming works so well in dealing with nightmares: the unique brain state.

Let’s zoom into two distinct brain areas. The frontal cortex, nestled just behind your forehead, takes care of rational judgment, attention, and working memory. On the other hand, your limbic system located deeper in your brain is responsible for processing emotions.

During normal REM sleep activity in the frontal cortex is decreased, but the pattern changes upon gaining lucidity. Gamma waves from the start to permeate the neural signal. The frontal activity characteristic of lucid dreaming at the same time inhibits the limbic system.

This suppression of the limbic system causes a decrease in nightmares. As the dreams become more lucid, at the same time the intense negative emotions like fear or anxiety are downplayed.

The character of lucid dreaming training itself may also account for its therapeutic effect on nightmares. It is a chance to practice self-control and direct confrontation with the contents of one’s mind. This makes the practitioners better at coping with stressful situations in their everyday life, so in turn, less stressful scenarios are reworked during their dreams. Even without succeeding to become lucid, the practice itself teaches a somewhat detached attitude of “this is just a dream”, which helps to not take nightmare visions too seriously.

How to do it yourself?

There are multiple techniques of lucid dreaming induction. If you wish to learn more about them, check out this article.

If you want to try inducing lucid dreams yourself, you may aid the process with neurostimulation. If you are using a Neorhythm device, you can set up a Quick Start Lucid dreaming session one hour before you wake up. Why bother waking up at such an insanely early time? Blame the architecture of your sleep. The longer you sleep the more REM phase you have. As lucid dreams occur only during REM, planning the induction for early morning increases the chances of success.

An alternative approach is using the device during your afternoon nap, setting up the Lucid Dreaming program for 30 or 60 minutes.
For both approaches, the ideal position would be placing the NeoRhythm on the frontal part of your head. If that turns out to be difficult to achieve while sleeping, keep the band as close to your head as possible.

Mateusz Konopacki specializes in Psychology and Cognitive Science. He is an author of multiple courses and articles, as well as research on meditation and shamanic drumming. At the time when he is not explaining science to people,
he is a screenwriter and a Yoga teacher.