Imagine a ripe fruit. You lift it, drag in the sweet smell. You bite in and let the sensations explode: the fresh taste, the cracking sound, the touch of juice dripping down your mouth.

In your brain, different elements of your memory network activate, combining the sensations of smell, taste, touch, and sound into one experience. When the parts of your brain fire synchronously, their synergy yielding your conscious experience of that moment, something special happens between your neurons: the gamma brainwaves.

Gamma are the fastest brainwaves, oscillating with a frequency of 30 to 100 Hz. They occur when distant parts of the brain fire in a harmonious way, marking the simultaneous processing of complex information which happens when you are performing demanding mental tasks.

When you have a moment of insight, coming up with an answer for an intellectual riddle or problem, a short flash of gamma appears in your brain.

Some scientists consider the neural synchrony observed in gamma brainwaves as the higher state of consciousness. Integrating distant parts of the brain may be the key process underlying conscious awareness.

Gamma band is also involved in concentration and managing attention, and it is believed to be highly important in learning and conscious perception.

There is a group of people who have much stronger gamma brainwaves than ordinary people. In the brains of long-term meditators, gamma waves are not only stronger but also last for a longer time. When testing the brains of yogis, one study recorded gamma waves with an amplitude 25 times higher than among the control group of non-meditating people.

You may ask “What if those people who have higher gamma take up meditation in the first place?” Maybe contemplative practice is just easier for them. Maybe their brains have bigger capacities to concentrate, so they are more likely to withstand the strenuous training without getting discouraged?

We know that it’s not the case. If groups of beginner and advanced meditators are compared, a clear difference in gamma wave levels can be observed. The practice of meditation causes an increase in the amount of gamma. What is interesting, among senior meditators gamma waves are present not only during contemplative practice but also in “ordinary” situations, when they are resting or doing everyday tasks. This may reflect their higher awareness of thoughts and physical sensations

Given that meditation practice could be described as training in self-awareness and focus, the stronger gamma brainwaves in meditators support the theory linking gamma bandwidth with conscious perception and concentration. 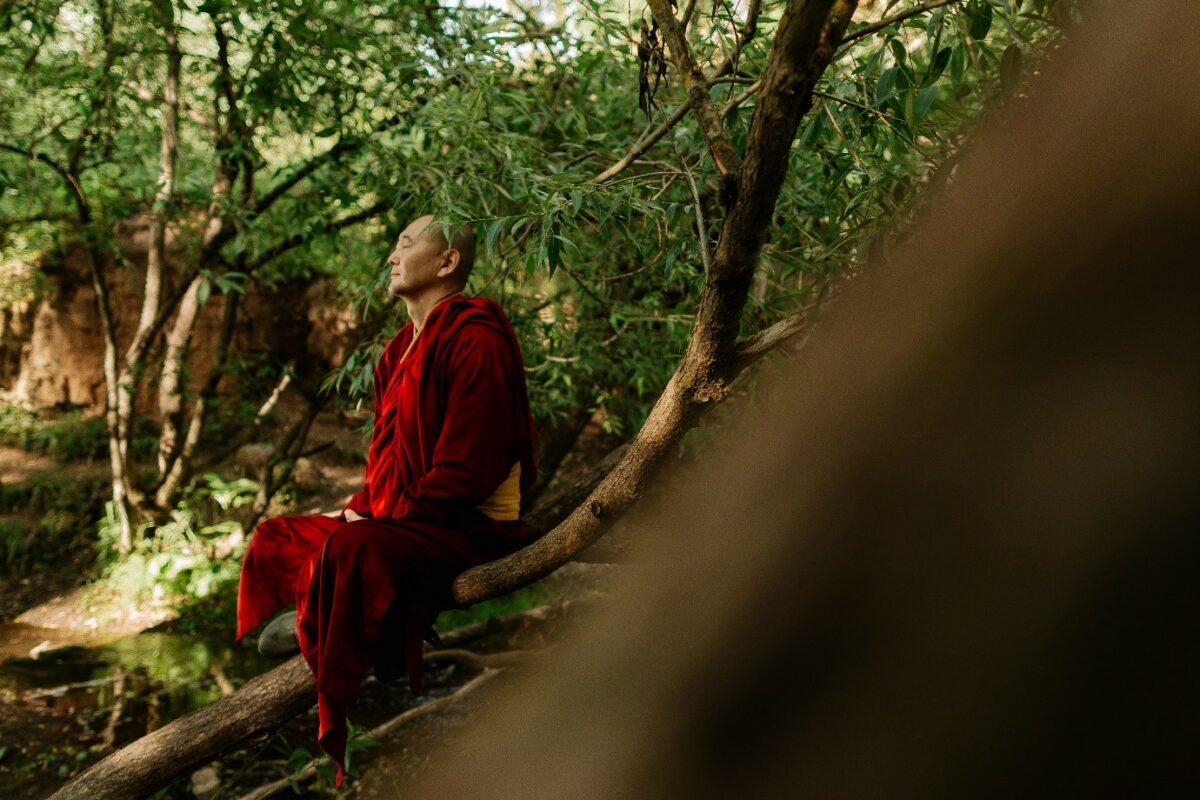 Gamma waves may occur when meditators direct their attention to the subject of their practice, controlling the contents of their minds and bringing the attention back any time they notice mind-wandering episodes. Gamma may also refer to the metacognitive monitoring of all internal and external sensations: attentively observing thoughts and paying mindful attention to feelings from the body or to external sounds.

What happens if we entrain gamma?

Is the practice of meditation required to reach gamma waves? Do you have to step onto an ascetic path of a monk to enjoy higher states of awareness?

Taking up meditation certainly comes with a range of benefits, so I highly recommend giving it a try. But when it comes to gamma frequency, there is also a shorter way: brainwave entrainment.

In a couple of research studies, scientists managed to induce gamma waves through external stimulation of the brain. For example, Jennifer Cahill used isochronic audio tones of 40 Hz frequency to drive her participants’ brainwaves towards the same bandwidth. Simultaneously, she also monitored their brainwaves using EEG to make sure the induction was successful.

The principle of entrainment is simple: rhythmic stimulation of senses causes neurons to fire in the same rhythm. If you use a fast, consistent rhythm that mimics brainwave activity, the brain synchronizes its natural electrical cycles to the same rhythm.

What were the results of Cahill’s experiment? The participants reported entering a calm and blissful state, a combination of being relaxed and concentrated. Their stream of thoughts slowed down, as they were consciously moving through different states of awareness, mentally focused and absorbed.

The changes occurred in their physical experience as well: some reported tingling or the feeling of increased energy. Interestingly, a number of participants lost the general awareness of their bodies, yet remained conscious of their body position.

In her study, Cahill noted an unexpected finding. Many participants reported their experiences to be dreamlike. They felt as if they were somewhere between being asleep and yet aware at the same time. This intriguing observation stands in line with some previous research.

When monitoring the brainwaves of sleeping participants, a group of researchers from Germany noted an increase in gamma frequency brainwaves during lucid dreaming. Inspired by this finding, they decided to see whether it’s possible to induce the state of lucid dreaming just by entraining gamma brainwaves.

They utilized a method called tACS, (transcranial alternating current stimulation) which involves a small pulsating electric current. Although the scientists used it to entrain the whole spectrum of brain frequencies in sleeping participants, only gamma waves resulted in lucid dreams.

The researchers’ conclusion was that gamma oscillations increase self-reflective awareness. This is yet another proof of gamma waves serving as a milieu for higher states of consciousness.

You can experiment with inducing gamma brainwaves yourself using Omnipemf’s PEMF devices such as Neorthythm. There are two ways: you can either choose one of the pre-defined programs or design your own custom setting.

Gamma waves are used in the programs such as Focus meditation and Pain control. If you want to create your own program, pick a frequency between 30 and 100 Hz.

If you want to use gamma frequency to increase your awareness and obtain lucid dreams, Neorhythm has a special setting just for that goal.