Do you know what meditating, navigating a maze, and boosting memory have in common? Some kind of elite ninja training regimen? No. Well, maybe, but […]

Do you know what meditating, navigating a maze, and boosting memory have in common?

No. Well, maybe, but this post tackles neuroscience, not martial arts (sorry for that!) In your brain, there is a common milieu for being immersed in meditation, finding your way around an unknown environment, and learning new things: the theta waves.

Calm down and focus

Theta rhythm is the frequency of your brainwaves firing 4 to 7 times per second. Compared with other brainwaves, theta is a rather slow frequency. The only waves slower than theta are delta, which occur when you sleep. The speed of your brainwaves is to some degree related to the level of activity: not surprisingly, theta waves may often indicate deep relaxation.

Theta rhythm is also the landmark of the meditative state. Although sudden bursts of fast gamma brainwaves sometimes also occur among the masters who had spent many hours of their lives on meditation, there are two main kinds of waves associated with meditation: alpha and theta. When you begin your meditative practice, alpha waves are more pronounced, but the tendency changes towards theta as you progress in your practice. Higher levels of theta mark the growing proficiency in meditation. During practice, theta waves are generated by the frontal parts of the brain, associated with monitoring mental processes. Some researchers speculate that your frontal brain may be using this frequency to signal lower parts of the brain to induce physical relaxation. Indeed, theta waves are linked to lower anxiety and higher feelings of calmness and bliss. 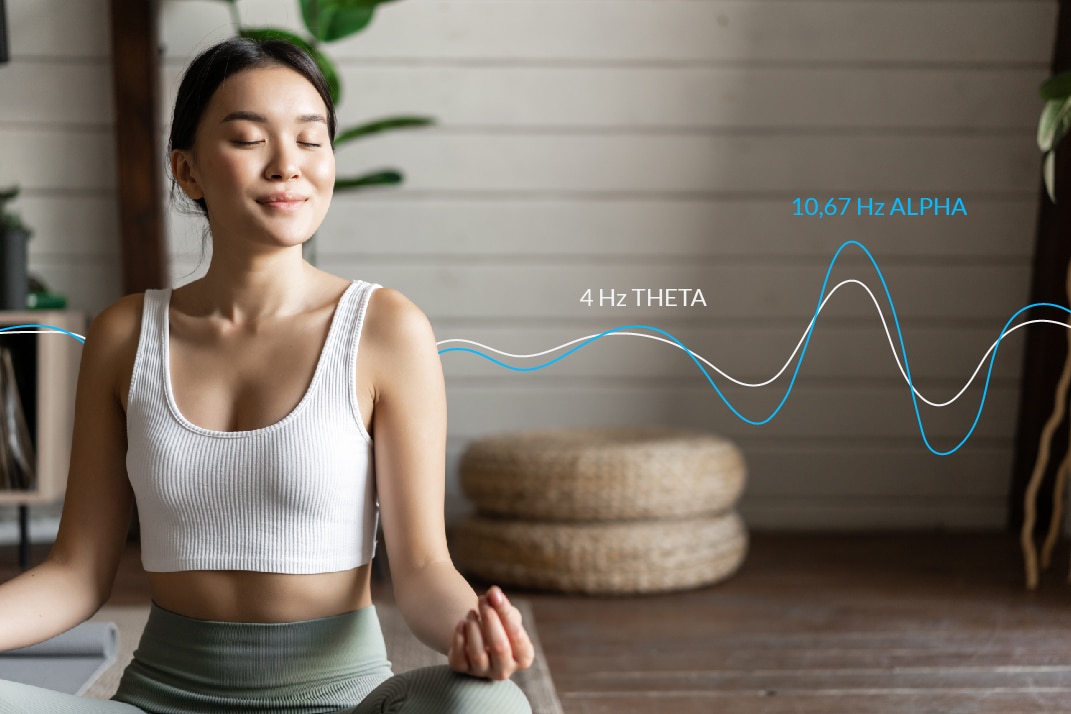 Brains in the maze

Apart from the frontal cortex, there is another part of the brain which generates theta waves: the hippocampus, a highly important structure deep in your brain which governs a range of mental functions, among which are memory and spatial navigation.

A team of scientists from UC Berkeley used electrodes implanted in rats’ brains to measure neural activity when the animals were navigating a maze. They observed that the brainwaves generated by the rat’s hippocampus were changing in sync with the animal navigating the labyrinth. The researchers could even predict the rat’s position in the maze, just by looking at the brainwaves.

Quite possibly, in rodents, the hippocampal theta waves serve to coordinate different areas of the brain during movement. When the animals are navigating through the maze in the laboratory or through real-life environments, their brains need to coordinate their spatial working memory with the neural areas which govern attention and planning. Putting it simply, the mental image of the space around needs to be accessible to the parts of the brain that plan and coordinate the animal’s actions. Theta waves help in that communication between different areas of the brain.

Scientists studied theta oscillations extensively in rodents, but the question remained: is it similar in humans? There was a big problem: standard EEG recordings use a set of electrodes glued on the participant’s scalp. Every larger movement disturbs the procedure causing noise artifacts in the signal, therefore people undergoing EEG are asked to sit still. You can imagine that makes it quite hard to study what their brains are doing when they move around… An alternative is recording neural activity with an electrode placed directly in the brain. Sounds invasive? Yes, but there are some people who have undergone such operations for their own safety: the seizure patients. One of the cutting-edge methods of treating epilepsy involves devices implanted in the patients’ brains that monitor the neural activity. Apart from increasing safety, this method also opens a range of possibilities for studying brainwaves.

A group of scientists took advantage of these wireless brain implants to observe what happens in human brains when individuals move. They found that theta waves increased when the patients were walking around, and navigating through unfamiliar terrain. This activity also tended to speed up when the participants were moving faster. What’s interesting, one of the participants was blind from birth. His theta waves during movement were even more pronounced than in sighted patients.

Relaxing, meditation, and moving around – theta waves are vital for a range of useful tasks. But there is another area of theta activity that may interest you even more.

EEG studies have shown that theta activity is enhanced when people are trying to remember things that they learn and when they are trying to retrieve information from their memory.

But is there a direct link between theta and memory?

Scientists are used to pose one basic question when they see two things that occur together: are they causally related, or is it just a coincidence? In other words, are theta waves actively involved in our memory processes? It may be the case that there is another unknown factor that triggers both remembering and theta oscillations.

In order to solve this mystery, researchers had to manipulate theta waves and see if it helps to remember. To this end, they used brainwave entrainment. It works by giving the brain rhythmic sensory inputs like sounds and lights which vibrate at the desired frequency. This guides the brainwaves towards this bandwidth.

A group of researchers from California used goggles and headphones emitting flickering lights and sounds to entrain theta brainwaves in a group of participants. In the first experiment, the subjects were asked to remember words and then subsequently had their memory tested. In between learning and test, they were exposed to either theta wave entrainments or white noise. In the second experiment, the researchers included another frequency of beta waves, to see if other bandwidths would work as well. Only those treated with theta entrainment had a significant advantage in remembering tasks. 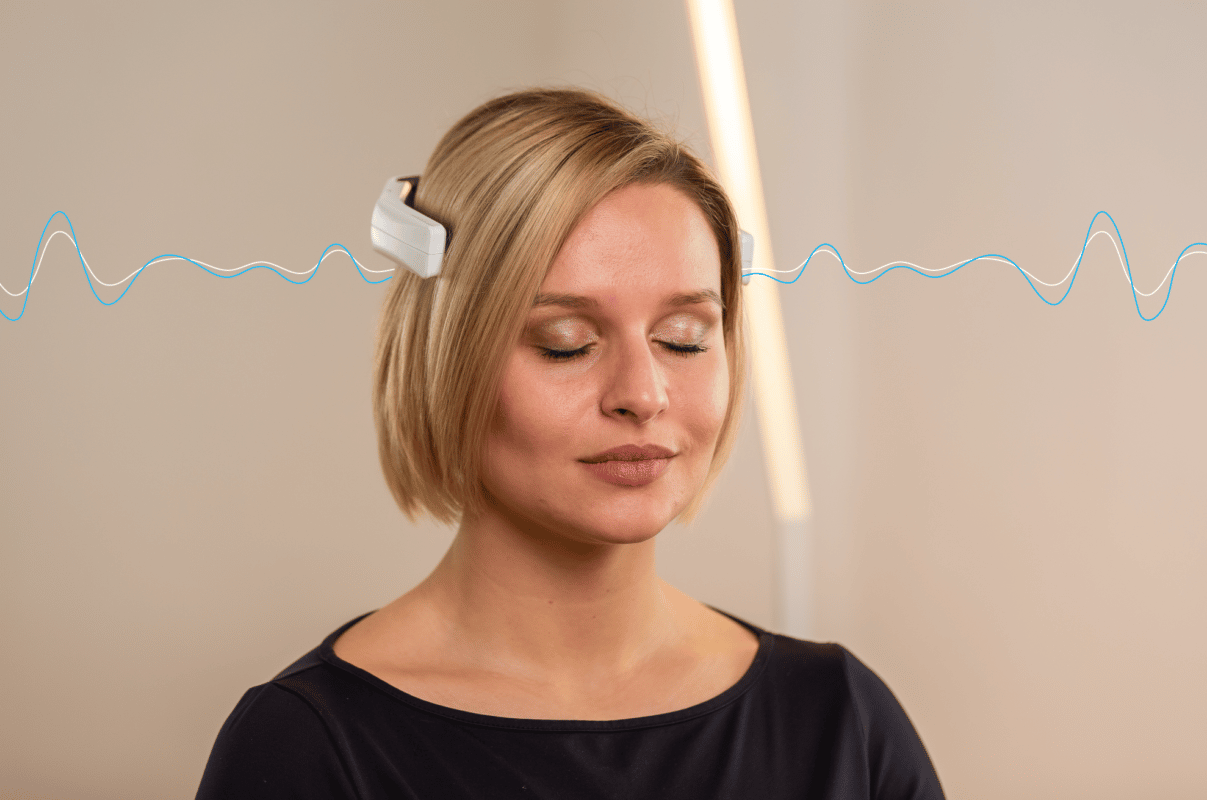 How to introduce theta?

The research we discussed shows that we can boost memory by tapping into theta brainwaves. Enhancement of theta activity could be a successful treatment for patients with memory disorders.

Could it be helpful for you?

It seems so. There is a range of non-invasive techniques which enable you to take advantage of theta waves.

Of course, you may try navigating a maze while meditating and trying to remember a list of words at the same time. That might cause a spike in your theta waves, but there are easier techniques as well.

One of the methods is binaural beats, which involves listening to two rhythmic sounds of different frequencies presented to both ears respectively. Due to a perceptual phenomenon, the brain is stimulated with a frequency which is the difference between both tones: for instance, if one ear hears a frequency o 215 Hz and the other 235 Hz, the brain is stimulated with the frequency of 20 Hz. 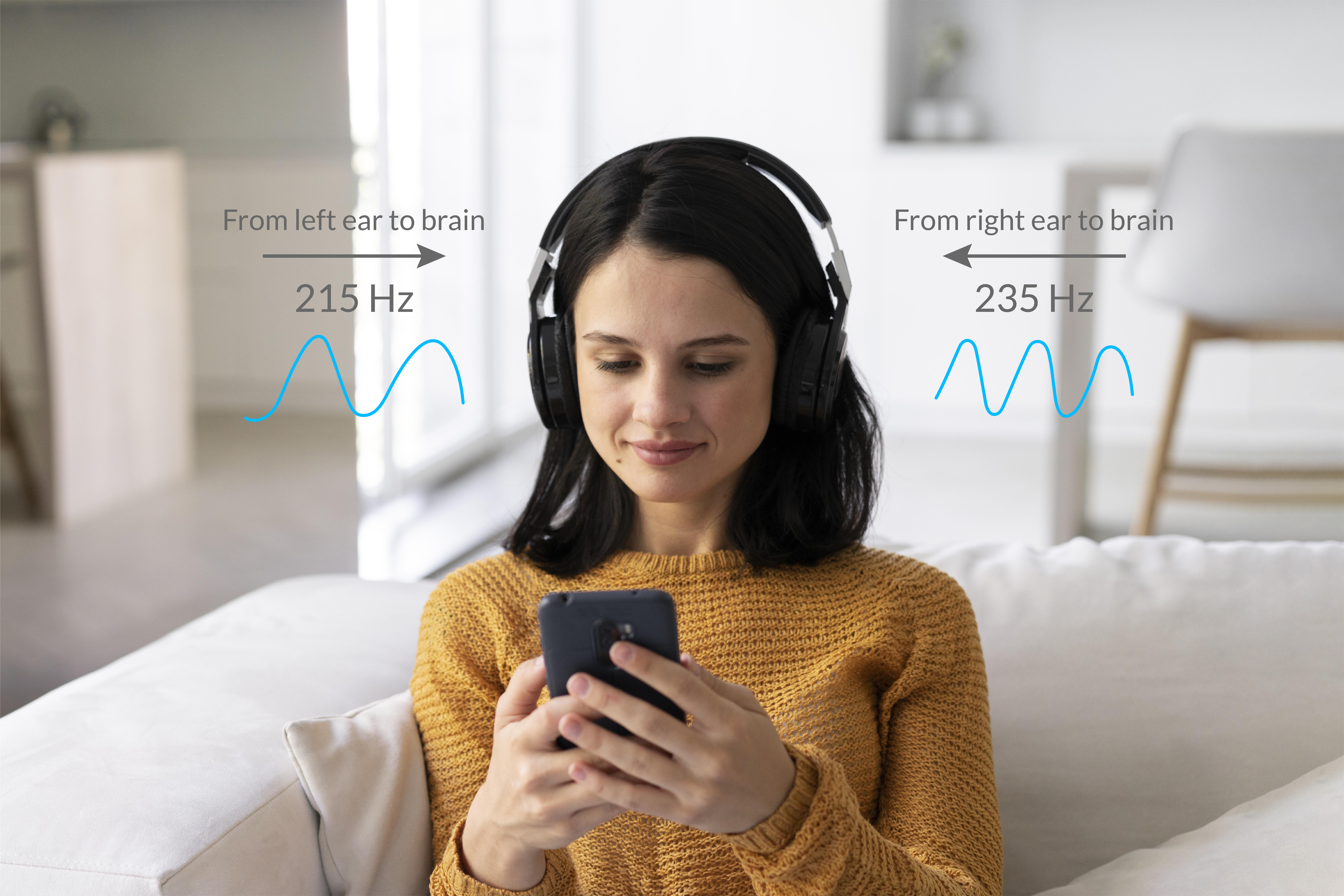 In a study done in Thailand, researchers used binaural beats to entrain 6Hz theta frequency. The treatment helped the participants to relax and decreased their worrisome thoughts. What’s important to note was that using this method, the most successful duration was 10 minutes. Longer times of exposure do not increase theta power and may cause fatigue.

The other study we mentioned before used sound and light theta entrainment to successfully boost memory. Wearing both goggles and headphones to see flickering lights and vibrating sounds could be a little bit inconvenient, but there is an easier method of entrainment that involves magnetic field stimulation. Devices such as Neorhythm use a set of electromagnetic coils to induce different kinds of brainwaves. If you want to increase theta, you can choose one of the predefined programs such as Theta Meditation, Mindfulness Meditation, and Open-Heart Meditation. You can also set a custom frequency between 4 and 7 Hz.