There is still plenty science has yet to uncover about the human brain. However, in the current year where pandemics, war and food shortages are occurring almost simultaneously, human anxiety, fear and stress is at a high point around the world.

In these uncertain times, it’s important to understand exactly how our bodies process fear. Healthy Minded, a fear about accessibility and the power of the brain, explains very well how brain activity and hormone imbalances can contribute to our fear response and the possibility of developing phobias. In this blog, we go over fear and phobias from a neurophysiological perspective — with particular emphasis on brain waves and their role in the production of stress hormones or the manifestation of physical symptoms to fear.

The Existing Science Around Brain Waves

Brain waves are electrical signals that originate in the brain. These signals can be recorded using electrodes placed on the scalp, which can provide valuable information about brain activity. Brain waves can be divided into five main categories:

There’s a growing body of research that suggests that different types of brain waves can be associated with different states of consciousness. For example, alpha waves are often seen in people who are in a state of relaxation, while beta waves are more commonly seen in people who are experiencing stress or anxiety. Gamma waves, on the other hand, have been linked to states of deep concentration and focus.

While brain waves can provide valuable information about a person’s state of mind, it’s important to remember that they are only one piece of the puzzle. Other factors, such as heart rate or breathing, can also influence a person’s state of consciousness when in a state of fear.

Fear is associated with a marked increase of beta and gamma waves in the brain. When we feel afraid, our brains release stress hormones that prepare us to flee or fight. This “fight-or-flight” response is a survival mechanism that’s evolved over time to help us protect ourselves from harm. When a person is afraid, they often also manifest physical symptoms, such as an increase in heart rate, perspiration or even vomiting. 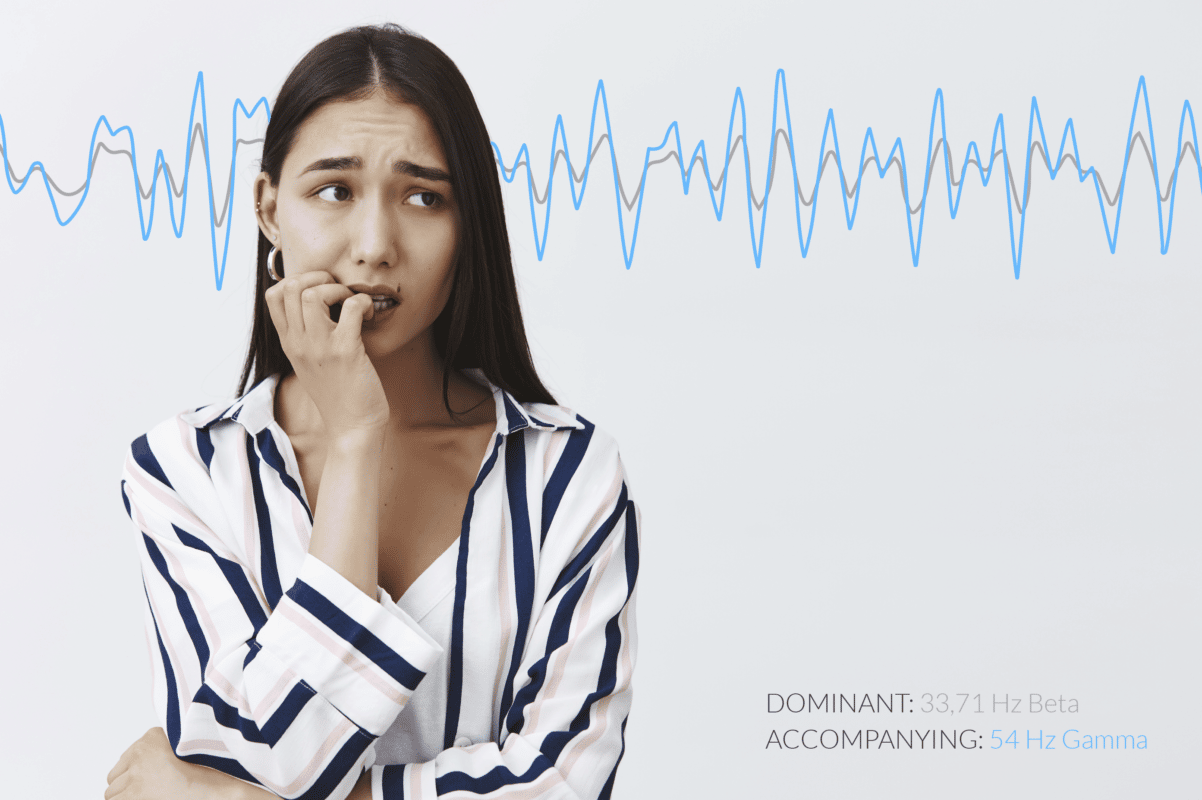 Fear can certainly be a useful emotion, but it can also become problematic when it’s out of proportion to the actual danger we face. While it’s a natural reaction that helps us to avoid danger, some people may experience fear even when there’s no real danger present. This can be a symptom of an anxiety disorder.

Fear As It Relates to Phobias

There are many different types of phobias, but they all share one common symptom: intense fear or anxiety in response to a specific trigger setting or event. This trigger could be anything from heights to snakes or even closed spaces. People with phobias often go to great lengths to avoid their triggers, and the fear can have a major impact on their quality of life.

Most phobias develop in childhood or adolescence, but they can also develop in adulthood. Phobias are often treated with exposure therapy, which involves gradually exposing the person to their triggers in a safe and controlled environment. With treatment, medication and supplementary use of clinically tested and proven technologies (e.g. pulsed electromagnetic field therapy), even most people with phobias can learn to manage their fear and live normal, productive lives.

Eric Van Buskirk has a BS in Psychology from Skidmore College, 1988. His Master of Science is from Boston University, College of Communication. He is the founder of ClickStream, a data-driven content strategy agency that focuses on lifestyle websites.