We often exercise and watch our diet to avoid lifestyle diseases and live a healthy and comfortable life. We make the effort because we know the importance of our physical health. However, many of us are not as conscious of our mental health. Many among us still think that mental health treatments are only for very specific and adverse mental illnesses.

Mental illnesses are normal diseases, like physical ones. Mental health treatments like psychotherapy, medication, or peer support in a residential treatment center are available to support patients battling mental health issues. You can also practice healthy coping mechanisms to deal with stress to reduce your mental load.

Until the recent campaigns for mental health, people did not treat mental illnesses and addiction treatment with care. Patients with the need for mental health treatment and addiction recovery support mechanisms often suffered in silence and adopted unhealthy coping mechanisms. Alcohol and substance abuse is one of the most common forms of escape for people with mental illnesses.

Fortunately, many detox centers and sober living communities that offer mental health treatment have come up in recent years where you can get a blend of therapies to assist with anxiety and trauma treatment and several other addictions, including alcohol, drug, and gambling addictions.

The brain plays a crucial role in all these systems and ensures normal functioning. The brain needs to pass messages to communicate and get feedback from all the different parts and systems in the body. It relies on the spine as a channel for the message to each part of the body.

The duty of passing messages falls on a set of specialized cells called neurons. Neurons act as messengers between the brain and the rest of the body and parts that need to secrete chemicals required for normal body functioning.

Different types of neurotransmitters in the human body carry out different functions. Some of the most common neurotransmitters include dopamine, serotonin, norepinephrine, and Gamma-Aminobutyric acid (GABBA). These specific hormones are closely tied to human behavior and reactions.

The waves also have subdivisions, and each category of brainwave is produced during a specific activity. For instance, beta waves are produced when you need to concentrate and think critically. Alpha waves are generated when you are relaxing or idle. Thus, understanding brainwaves is crucial to enhance or treat mental health conditions and well-being.

Technical Advancements to Measure Changes in the Brain 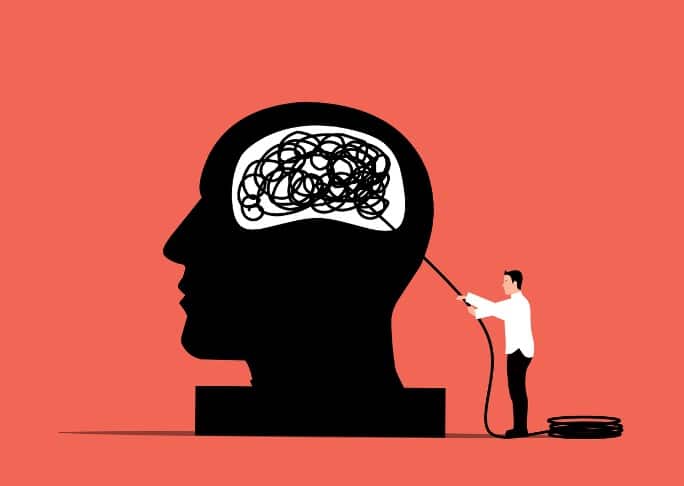 Mental health treatments and diagnoses are based on the symptoms and behavior a person suffering from a mental illness exhibits. Medical professionals also make a treatment plan based on the same information. However, there is a possibility for better and more accurate treatment or cure.

Several techniques can study the brain. However, most are only performed on adults because the patient has to be exposed to radiation, and the procedures are invasive. A positron emission tomography (PET) scan is one of these techniques often used.

PET scan involves studying the movement and spatial distribution of a radioactive chemical. The scan is performed on an individual when they are conscious. After injection, a computer generates a two- or three-dimensional image of the PET scan results. The results give the doctors information about brain activity in certain areas.

Scientists can also rely on:

MRIs are used to analyze the change in the brain’s structure. Scientists compare a healthy brain and its structure to the patient’s brain to determine if there are any differences.

One groundbreaking discovery is the notable difference in the size of the ventricles in a schizophrenic brain compared to a normal brain. The results have shown that people with schizophrenia have larger spaces within the brain.

Mental illnesses are linked to communication problems between neurons and the neurotransmitters involved. Understanding the relationship between the physical changes in the brain and mental illnesses significantly helps to design the best treatment plan for each mental health condition.

As indicated earlier, some neurotransmitters released during the communication between neurons impact mood. One of them is dopamine. Dopamine affects behavior such as desire, arousal, craving, and pleasure, while serotonin affects thinking, learning, a person’s moods, and emotions.

How Does Brain Activity Change With an Underlying Condition?

Similarly, a disruption in neurotransmitters affects the mood of the individual and even worsens certain conditions. Fortunately, medicines can help you deal with deficiency or low levels of neurotransmitters.

Having a neurotransmitter in excess may also be harmful. High levels of dopamine have been associated with hallucinations among people with mental disorders such as bipolar. Therefore, your neurotransmitter levels need to be balanced.

Unfortunately, since most mental illnesses are often accompanied by substance abuse, keeping the balance is difficult. Drugs and alcohol alter the release of neurotransmitters. In a state of addiction, the impact is even worse. Your body is constantly producing chemicals and hormones in response to your addiction.

Impact of Mental Illness on Brain Structure and Activity

If left untreated, mental health conditions can deteriorate the health of the brain further and make recovery more difficult. With early treatment:

Mental illnesses are a normal part of life and should be treated like every other physical disease. It may seem easier to use drugs to postpone facing the disease, but it may cost you more. There are homes all around the country that are offering treatment for mental illnesses, and some even offer help with substance addiction.

Failing to get treatment for mental illnesses will have lasting effects. Some mental illnesses alter the structure of your brain, while other diseases ruin communication networks. Damaged communication networks would make daily tasks difficult. You will have trouble living your life normally. Therefore, address the mental disorders that you or your loved one is facing as fast as possible.

Joni Ogle, Chief Executive Officer at The heights treatment, has over 25 years of clinical experience, management, and leadership in working with adults and young adults suffering from addiction and trauma.