While we all get a little depressed from time to time, it can be far more serious than you might think. Though only an estimated […]

While we all get a little depressed from time to time, it can be far more serious than you might think.

Though only an estimated 4.4. of the world’s population experiences severe depression, this works out to more than 300 million people worldwide. Considered a leading cause of disability, depression easily costs public health systems hundreds of billions of dollars a year. Given that most people dealing with depression don’t seek treatment, the hidden costs in terms of lost work time and the emotional burden on family caregivers are even higher. Also, considering that a recent U.N. report shows that depression has been rising steadily in recent years, these costs seem due to skyrocket in the future (Solomon, 2006.)

As to what can cause, medical opinions vary widely. Along with evidence that depression can be genetic and biochemical, depression is also linked to life factors such as physical or sexual abuse, or emotional neglect. And then there are major life crises including job loss, relationship breakups, loss of a family member, or problems dealing with stress.

During the recent pandemic, for example, there has been a sharp rise in depression stemming from people having trouble coping with lockdowns or self-isolation requirements (Evans, et al, 2021.) Though the worst seems to be over, we will be dealing with the long-term consequences for years to come. 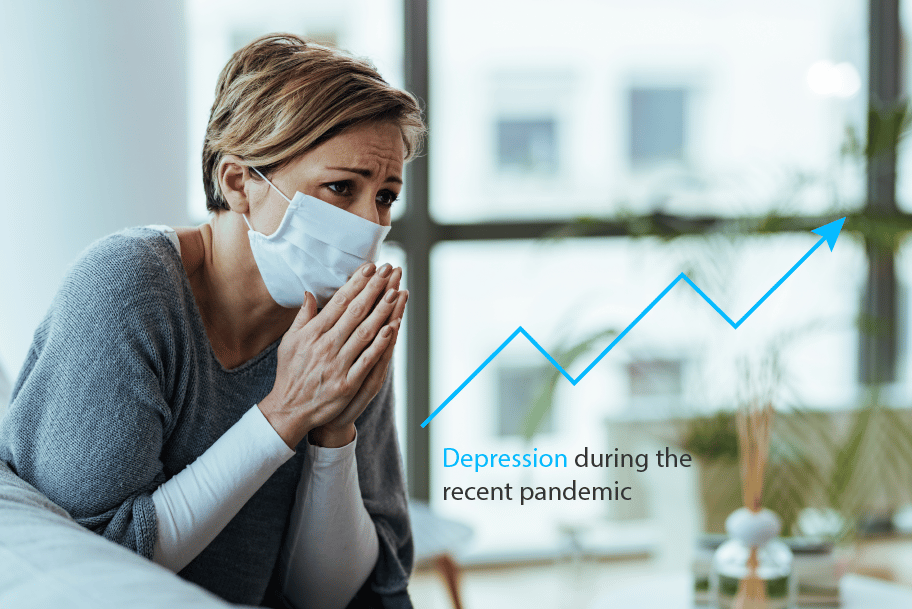 Along with major life crises like a global pandemic or abuse, there are also the daily hassles that can leave us feeling stressed and, if we don’t cope with this stress properly, can make us much more prone to depression. But some people can be much more

vulnerable to depression than others, whether due to major life crises or else certain personality traits that might play a role in making anxiety or depression much worse than it might be otherwise. This brings us to research into perfectionism and how it might be contributing to the rising number of depression cases we’ve been seeing lately.

Could Perfectionism Be A Factor?

What does perfectionism mean to you? While usually defined as “refusing to accept any standard short of perfection,” it’s important to remember that there are different kinds of perfectionism that can shape how we think and behave. Not to mention how this need for perfection can affect our mental health. 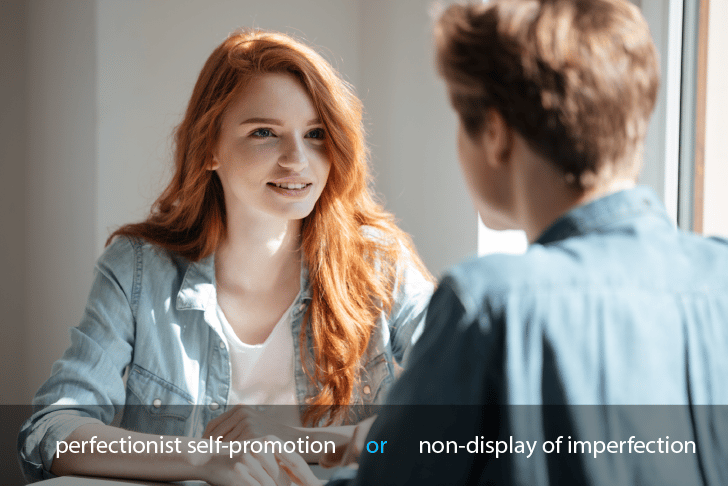 But what does this mean when it comes to looking at depression? According to the CPMB model, people who are high in perfectionism are typically hardest on themselves whenever they fail to live up to their own expectations. This is usually expressed through self-relating inner dialogue in which they regularly blame themselves for their own perceived failures. How many times have your called yourself “stupid” or “incompetent” for making a mistake? For that matter, how often do you find yourself reliving some past embarrassing episode in your life and how foolish it made you look? These self-blaming inner thoughts can play an essential role in causing and maintaining depressive thoughts. And they can be extremely hard for perfectionists to avoid.

First of all, perfectionists often set goals for themselves that are hard to achieve and this leads to an increased risk of failure. Self-oriented perfectionists in particular can place tremendous pressure on themselves to succeed which leads to stress that they have trouble handling. As for socially-prescribed perfectionists dealing with pressures placed on them by others, they are typically sensitive to criticism and may need frequent reassurance to keep from becoming emotionally distraught. Then, there are the other-oriented perfectionists who produce stress in others by placing too on them while isolating them from family and friends who might help them cope with that stress.

As you can see, the inevitable failures that everyone encounters are especially hard on perfectionists who typically link their need to succeed to their sense of self-identity and personal worth. As a result, failing to live up to their own expectations or the expectations of others can be devastating. Because they need approval (whether their own or from others), losing this approval will make them seem like “losers” and cause them to sink into despair.

But perfectionists can often perpetuate this sense of despair by brooding on past failures and all the things that can go wrong. When depression develops, perfectionists are also much less likely to seek treatment or look for support from friends and family out of fear that people will think less of them. This can make them even more socially disconnected and less able to handle depression as it arises. Certainly, studies consistently show that people in distress who refuse to get treatment typically score higher on tests of perfectionist thinking than those who do.

But the problems don’t end when perfectionists finally enter treatment. Even in counseling, they can be reluctant to talk about themselves due to fear of rejection. They can also be hostile and demanding with their therapists as a way of taking control of the therapy process. Perfectionists may also see their therapists as judgemental and rejecting and resist forming the therapeutic bond needed for treatment to succeed. In turn, therapists often see perfectionist clients as problematic and less prone to follow treatment recommendations. This can make it more likely for the therapist to terminate the treatment and, as a result, can add to a perfectionist’s sense of defeat and failure. It also makes them even more reluctant to seek treatment in the future on the grounds that psychotherapy is “bogus” or simply doesn’t work for them. 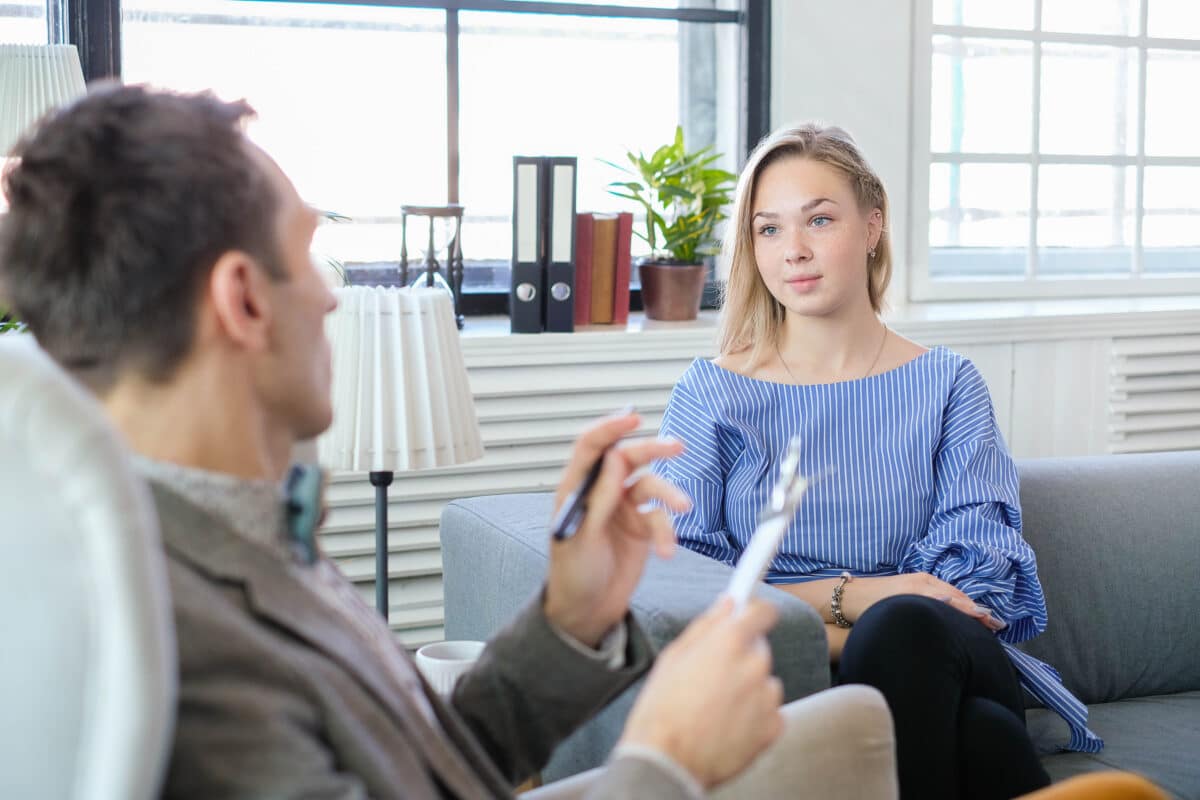 To avoid these kinds of problems in treatment, researchers such as Hewitt and Flett recommend that people need to become more aware of how their perfectionist attitudes can undermine mental health. Therapists can help by teaching them to challenge their beliefs and learn to accept that a little imperfection can be perfectly fine if it means avoiding the heartbreak and despair that can result from seeking perfection in themselves and others. Changing perfectionist attitudes can be difficult, especially for people who base their own sense of self-worth on this need to be perfect, but it leads to a healthier mindset in the long run.

Granted, you are still going to encounter those other-oriented perfectionists who are going to expect too much from you, whether in school or in the workplace. When you do, just remember the wise words of George Orwell who said that the essence of being human is that one does not seek perfection and focus on your own mental health first.

Hewitt, P. L., & Flett, G. L. (1991). Perfectionism in the self and social
contexts: Conceptualization, assessment, and association with psychopa-thology. Journal of Personality and Social Psychology, 60(3), 456–470.